This cricket pitch is one of the most picturesque in the country and within the grounds of Dumbleton Hall. Dumbleton is on the edge of Dumbleton Hill, a foothill of the Cotswolds and just off the popular Winchcombe Way. It is on the border of Gloucestershire and Worcestershire, between Evesham and Tewkesbury. Dumbleton Hall itself has a very interesting recent history. In the 1920s and 1930s the Hall held society parties with regular guests including John Betjeman (who became Poet Laureate), and the Mitford Sisters.

There are two intriguing stories about the Second World War. One states the hall was allegedly considered as a suitable alternative venue for the House of Lords and the other is that Hitler earmarked it for his private residence if he had won.

This was officially set up in 2014 after many of the girls who had been training with (and playing in) the junior ‘boys” teams wanted to join the female league. The club has put a lot of effort into developing girls and women’s cricket over the last 5-6 years and it’s great to see it flourishing. This has mainly been down to the efforts of Guy Stirling Lee who is the Women’s and Girls’ Coordinator.

Dementia Doulas Ltd is very proud to have secured a deal with a club that values its women and girls so much. One of the benefits of our sponsorship means that they can now pay coaches of a high calibre. Mike and Danielle Gibson are a father and daughter team.

Dumbleton Cricket Club Women’s and Girls’ Section fields teams across all ages and play indoor as well as outdoor cricket with 2019 being the last season of competitive games.

Play in the Gloucestershire North League and finished in 1st place in 2019.

Individual achievement: Currently there is 1 player in the Gloucestershire U11 squad

Play in the Gloucestershire North Indoor League and finished in 2nd place in 2019.

Play in the Gloucestershire North League and finished in 1st place in 2019.

Individual achievement: Currently there are 4 girls in the Worcestershire U13 squad and 2 in the Gloucestershire squad.

Play in the Gloucestershire North League and finished in 2nd place in 2019.

Individual achievement: Currently there is 1 girl in the Worcestershire U15 squad and 4 in the Gloucestershire squad.

The Women play in the Cotswold District Cricket Assoc League and finished 2nd in 2019.

Individual achievement: Currently there is 1 woman in the Worcestershire squad and 2 in the Gloucestershire squad. Abbie Whybrow also plays for Western Storm alongside Danielle.

Dementia Doulas are very proud to support such a welcoming, inclusive and friendly club! 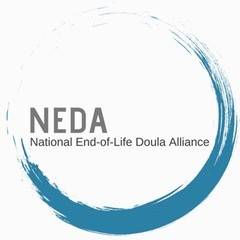 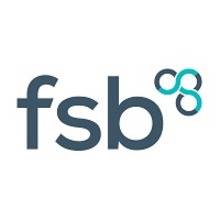